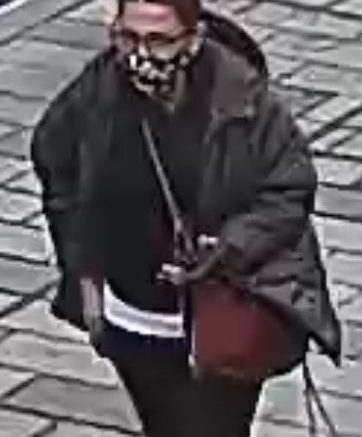 A WOMAN is being sought after a pensioner’s purse was taken, with her bank card later being used to withdraw a significant amount of cash.

Police have released a CCTV image of the woman officers would like to speak to in connection with the fraud offence, which took place in Newbury.

On October 8, the victim, a 71-year-old woman, was shopping in the Waitrose on Oxford Road, when she noticed her purse containing her bank card and driving licence had been stolen.

At 12.21pm on the same day, a significant quantity of cash was withdrawn from an ATM near Barclays bank in Parkway.

Investigating officer PC Richard Tarrant, based at Newbury police station, said: “We are investigating the theft and fraud offences and would like to speak to the woman shown in the image as she may have important information which could assist our enquiries.

“If you recognise the person shown in the CCTV image or have any details which may be useful to officers, please contact us.”

READ MORE: Five celebrities you may not realise live in Reading – have YOU ever spotted them?

Anyone with any information should contact the 24-hour non-emergency number 101 quoting the reference 43200316834 or make a report online.

If you do not wish to speak to police, you can contact the independent charity Crimestoppers 100 per cent anonymously on 0800 555 111.