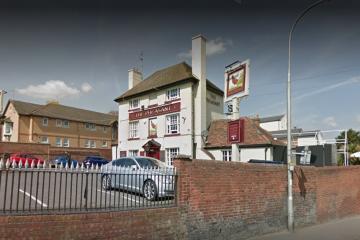 A pub in Reading could lose its licence due to “extremely serious” incidents including assaults with weapons and glass and “constant concern” over drug use.

The Pheasant, on 225 Southampton Street, will have its licence reviewed by Reading Borough Council’s (RBC) licensing applications sub-committee at a future unconfirmed date.

Thames Valley Police’s (TVP) PC Simon Wheeler has called in the review on behalf of TVP chief constable John Campbell, with recommendations that the council should “seriously consider” revoking the licence.

PC  Wheeler said the pub has failed to ensure compliance with the conditions on the licence and “due diligence”, leading to an undermining of the four licensing objectives:

There are also “constant concerns surrounding drug usage supported by high swab readings within the premises”, according to the police.

PC Simon Wheeler has set out the police’s grounds for review in full.

READ MORE: Chicken and pizza takeaway coming to street with ‘too many fast food shops’

“These failings have led to a number of extremely serious incidents at the pub, which include assaults involving weapons and glassware, general incidents of anti-social behaviour effecting residents, constant concerns surrounding drug usage supported by high swab readings within the premises, and their ongoing failure to comply with licence conditions or provide suitable measures to promoting the licensing objectives.

“Therefore Thames Valley Police submit that this review is necessary in order to promote all four of the licensing objectives but with specific emphasis placed upon the prevention of crime and disorder and public safety.”

Anyone wishing to make a relevant representation – relating to at least one of the four licensing objectives – should do so in writing by October 18 to Reading Borough Council, Licensing Section, Civic Offices, Bridge Street, Reading, RG1 2LU.