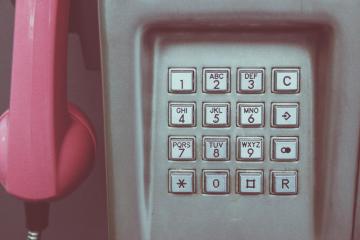 THE READING branch of Samaritans has seen a rise in calls this year, after concerns from experts were raised over the public’s mental health due to the effects of lockdown.

Samaritans is a volunteer-based, nationwide organisation that manages a helpline for those who’s mental health is suffering, as well as a crisis hotline for suicidal people.

According to the latest statistics revealed by Public Health England, male suicide rates in Reading and Bracknell have been on the increase over the last four years, however with the pandemic, expert’s mental health concerns are now applicable to everyone.

Following Suicide Prevention Day that took place earlier this month, Ali, Branch Director of Reading Samaritans, spoke to us on the matter.

What has it been like for you, as a call handler during Lockdown?

“Its actually been a really, really privileged position to be in.

“Everybody has been put in this lockdown, so a lot of people have been off work or working from home – but for Samaritans, we just have to keep going, as there was an increase in the number of people who called us.

“People were calling because of Coronavirus and what was happening in their lives, particularly things like loneliness, isolation, and their mental health.

“It’s been a privilege to be there to support people, particularly if we were getting calls from key workers such as NHS staff, and it’s been been great to be able to help and to listen what they’re going through at the moment.”

How has Samaritans coped with Lockdown?

“It has been a really busy period for us.

“Samartians are busy all year round – we are open 24 hours a day, 365 days a year, so this hasn’t changed during the pandemic.

“The only thing is, as we are staffed by volunteers, we have had the same problems as businesses as we have had a certain number of people who may have been self-isolating or not wanting to come into the centre to do shifts.

“As a branch in Reading we coped really well – in fact we put on extra shifts to cover the people who wanted to help out.

“Right across the organisation, we’ve provided support for around over half a million calls from the end of march until now, so people are really going above and beyond and trying to be available for people during these unprecedented times.

“Its been a challenge but we really did a fantastic job in keeping our centre open around the clock to be there for people.”

What is the purpose of Suicide Prevention Day (September 10)?

“The purpose is to raise the profile of organisations like Samaritans to let people know that it’s okay to not be okay, and to talk to people to talk about things.

“It’s also to take away some of the taboo from suicide – people need to talk about the thoughts and feelings they have, and I think there still is a taboo around this.

“its also place where people can be actively suicidal and our volunteers are trained to talk to people who are thinking of suicide or actively in the process of suicide.

“But of course, people don’t have to be suicidal to call Samaritans – in fact only a small percentage of people that are suicidal we’re really just there to talk about anything that’s distressing or causing despair for them.

“we get a lot of calls from people because they’re lonely and of course we will discuss this with them to try and explore their thoughts and feelings with them, but we’re not there for people to phone up because they have no one else to talk to – it’s more around talking and getting to the crux of something that’s stressing them.”

Male suicide rates in Reading and Bracknell are on the increase – what would you say to anyone who is having suicidal thoughts?

“Suicide is a complex issue – We do know it is not inevitable, and that it can be preventable.

“Very often people don’t want to talk to family and friends, so that’s where we come in.

“So pick up phone to someone like Samartians so we can talk, and maybe try to put some things into perspective.

“We hear all sorts of things so nothing is silly, nothing is ridiculous – we don’t judge people, so we absolutely want people to pick the phone up when they are feeling like that.

“we’re there all through the night, so if it’s 3am and you can’t pick up the phone to a friend or family member, please call us and try to seek support before it gets to a crisis point.

“The number is free phone, so you can call from a mobile phone even if you have no credit, and our number doesn’t show up on a phone bill, so it’s completely confidential.

“There is always someone there to listen.”

If you are suffering with poor mental health or suicidal thoughts, contact Samaritans on 116 123 free of charge, and at any time. For more information, visit www.samaritans.org/branches/reading/.