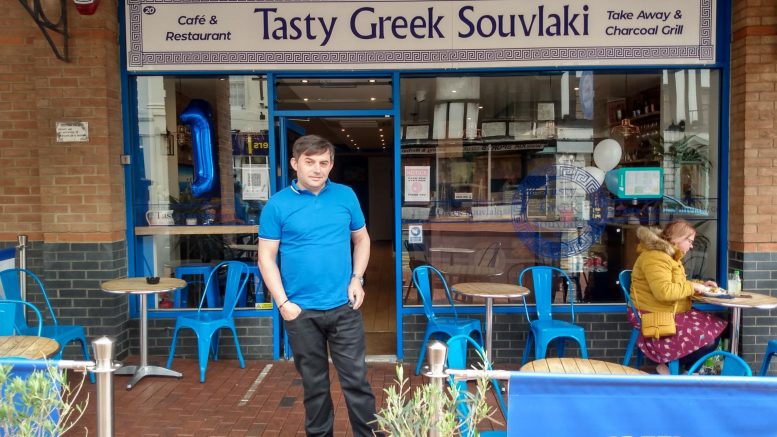 The owner of a restaurant in Reading has spoken about what it’s like to run a restaurant during a global pandemic.

Tasty Greek Souvlaki has celebrated its first anniversary. It has spent its entire lifetime operating in pandemic conditions.

The owner Luftar Rusta and his business partner Anxhelo Mertiri were aiming to open the restaurant last February but a “massive delay” in planning forced them to open later.

By the time they opened on Monday, May 18, 2020, Britain was already under full lockdown.

READ MORE: 5 Reading pubs that you DON’T have to book

Mr Rusta said: “We had to start takeaway only, which is not what we envisaged.

Restaurants were allowed to reopen for dining on Saturday, July 4. The day saw customers using Tasty Greek Souvlaki’s tables inside for the first time.

But six months later they had to close again on November 5 after the Government ordered a second ‘circuit breaker’ lockdown for a month. There was a reopening prior to Christmas on Wild Wednesday (December 2), however, all restaurants were shut back down again on Saturday, December 19, when Reading was put into tier 3 restrictions.

READ MORE: Twyford Beer Festival gearing up ahead of event this year

Tasty Greek Souvlaki is currently on the lookout for an Assistant Manager, two waiting staff members and three kitchen staff members.  You can enquire in restaurant, via social media or by calling 0118 348 5768. The owners are currently planning to make some exciting additions to the menu.

Mr Rusta said: “All of the community in Reading has been very supportive of us. And we are also thankful for our regular customers as well.”

It is perhaps conventional wisdom that any sit down restaurant business that has opened during the pandemic would struggle to survive. However, Tasty Greek Souvlaki has managed it to celebrate its first anniversary, and in doing so it has survived while brands such as ASK Italian, Zizzi, Pizza Express, Pret A Manger and Costa Coffee have shut locations in Reading.