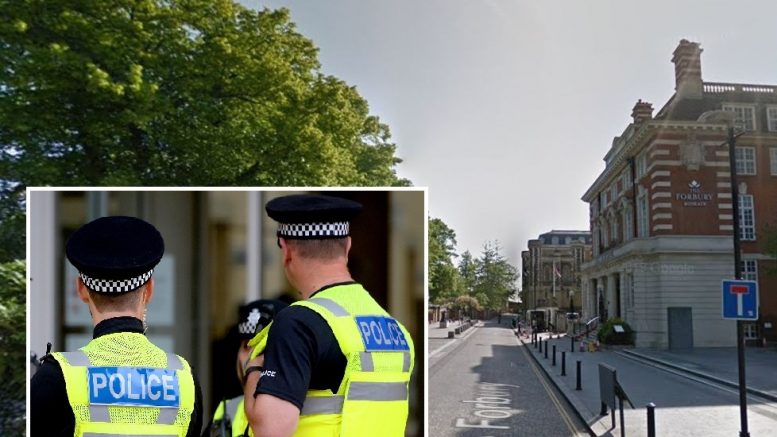 A TAXI driver has been held at knifepoint and forced to hand over cash.

Thames Valley Police said a man, aged in his thirties, was parked in his taxi in Valentia Road, Reading, on Thursday, November 19.

A man got into the taxi between 10.30pm and 10.45pm and told the victim to drive to Forbury Gardens.

The attacker threatened the victim with a knife outside the Forbury Hotel and demanded money.

Police said the victim handed over a £20 note and managed to get out the car, the offender then fled through the graveyard and onto Friar Street.

Officers said the offender is described as a white man, in his early twenties, approximately 5ft 9ins tall and with an athletic build. He had brown hair, slightly longer on top with short back and sides and he spoke with a local accent.

WATCH: Terrifying moment driver goes on the wrong side of the road during police chase

Case Investigator Chelsea Hughes, based at Reading police station, said: “Thankfully the victim in this case was not injured, however it was a terrifying ordeal for him.

“I am appealing for witnesses to this incident, or anyone who may have information, to please come forward.

“I would also ask any motorists who were in the local area around the time that this happened to check dash-cam footage in case it may have captured something that could assist with this investigation.”