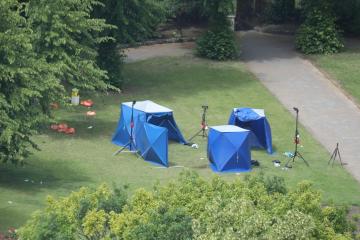 A MAN has been charged following the Reading terror attack on Saturday, June 20.

Counter Terrorism Police have this evening confirmed Khairi Saadallah has been charged one week on from the terror attack.

It comes after a knifeman stormed Forbury Gardens killing three people and injuring three others.

Police arrested a man shortly after the attack, and today has charged Saadallah, 25, of Basingstoke Road, with three counts of murder and three counts of attempted murder.

Saadallah is due to appear at Westminster Magistrates Court on Monday, June 29.

PARTS of the M4 will be closed this weekend to allow for resurfacing works to take place. Reading Chronicle…