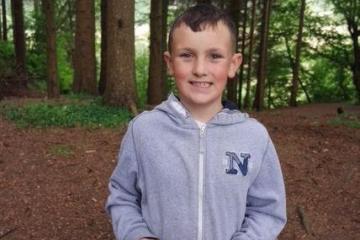 FOUR companies have been charged with safety breaches three years on from the death of a 10-year-old boy who was killed in a Reading Topshop store.

Kaden Reddick died after a display queue barrier fell on top of him in The Oracle Shopping Centre on February 13, 2017.

An inquest held in March this year heard how Kaden, from Burghfield, had been in the store with his mother, grandmother and two siblings after a family trip to the cinema, when the tragedy struck.

On March 10, the inquest jury decided that although the 180 kgs queue barrier was “inadequately fastened,” the considered conclusion was accidental death.

Reading Borough Council (RBC) have now said charges had been placed against Arcadia, Topshop, Stoneforce (the fitters) and Realm (the manufactures) under the Health and Safety at Work Act 1974.

A spokesman form RBC said: “The laying of these charges follows the coroner’s conclusion in March this year that the tragic death of Kaden Reddick in February 2017 was accidental, arising from an inadequately fixed barrier causing a traumatic head injury.

“The charges mean the council can make no further comment on the case at this time.

“Our thoughts remain with the family and we kindly ask that everyone continues to respect their privacy.”

Kaden’s mother Lisa Mallett said during the inquest that her son was a “loving, cheeky and energetic child.”

She added: “He was a wonderful son, brother and friend to many and is greatly missed by all who knew him.”