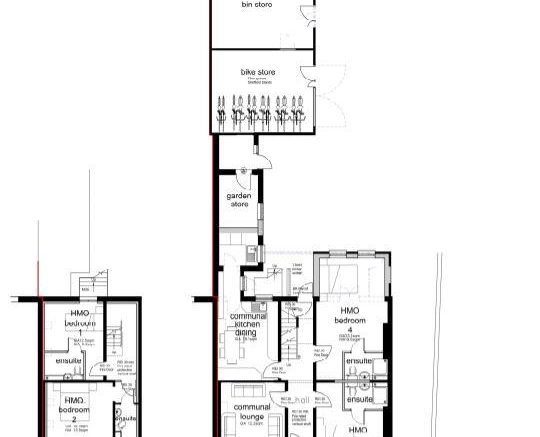 A plan to convert a house into a number of rooms to rent in Reading town centre has been torn apart by a leading councillor.

Councillor Tony Page, the deputy leader of the council, savaged a plan to convert the house at number 2 Howard Street into a house of multiple occupation (HMO).

The applicant Create Planning wanted to convert the house into a nine person HMO, with seven rooms in the main home and two in the basement.

But the plan fell flat when councillor Page attacked the proposal, over concerns that rooms would be stacked on top of one another, and that prospective tenants living in the basement would not get enough light.

READ MORE: New café coming to Reading despite the high number of takeaways in the area

Cllr Page (Labour, Abbey) said: “I think this is a highly inappropriate proposal, it represents, in our opinion, a certain greediness on the part of the developer.

“I do not think that we as an authority should be sanctioning the provision of new basement HMOs that are served only by a light well.

“This is substandard accommodation.

“There is the potential in some houses for the basement to open into a garden, in this case there is none, either front or rear.”

Cllr Page, who represents the ward the house is in, said that the home had been sold to developers after the occupants of many decades decided to move out.

He added that he would have preferred to have seen the house converted into self contained flats, but judged that the plan was inappropriate regardless.

Cllr Page called for the plan to be refused, which was seconded by cllr Karen Rowland (Labour, Abbey), who lives nearby the house.

The plan was rejected unanimously, on the grounds that it did not comply with the council’s Local Plan H8, which states that conversions into HMOs or flats will only be approved if there is no inappropriate stacking and location of rooms between units.

If it was approved, the current house would have been converted to make two rooms each in the basement and ground floor, four rooms on the first floor and one room on the second floor.

Each of them would have had a double bedroom and an ensuite, with tenants sharing a communal kitchen and dining area and a separate living room.

A similar plan to convert number 4 Howard Street next door into a HMO was submitted last May.

HMO’s are common in Howard Street and neighbouring Zinzan Street, which are both made up of terraced houses that are typically three storeys tall and have basements.