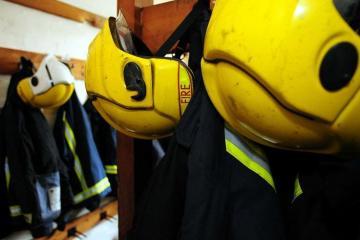 Fire services conduct audits on most public buildings and the shared areas of residential homes such as flats to make sure they are safe.

But with inspections hitting a record low across England last year, the Fire Brigades Union warns the scale of the building safety crisis – exposed by the Grenfell Tower fire – is “beyond all current comprehension”.

The national trend was very different, with the number of audits completed falling to a record low of 48,400 last year – 43per cent fewer than in 2010-11.

Buildings tested include care homes, hospitals and high-rises, as well as schools and shops.

ALSO READ: In the Dock: Results from court

Of the audits undertaken in Berkshire last year, 526 (37per cent) resulted in an “unsatisfactory” rating.

Crews issued 501 informal notifications to premises that had failed an audit, explaining what action needed to be taken.

If informal notifications fail, they can take tougher action and Berkshire crews handed out 23 enforcement notices – formal warnings that a building breaches the law.

Prohibition notices, ordering access to a building to be restricted or for it to be closed altogether, were issued on three occasions.

And there were three convictions for failure to make changes ordered in a formal notice.