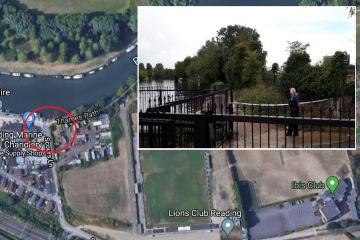 POLICE have issued an update after a woman was stabbed close the River Thames in Reading.

Officers have launched an investigation into an ‘attempted murder’ after the attack which happened about 11pm on Sunday.

A woman was rushed to hospital with stab wounds after being attacked close to Scours Lane.

The scene was later cordoned off by the force along the Thames Path that joins Scours Lane, and forensic teams appeared to be searching a boat.

Officers today said he has been released on conditional bail.