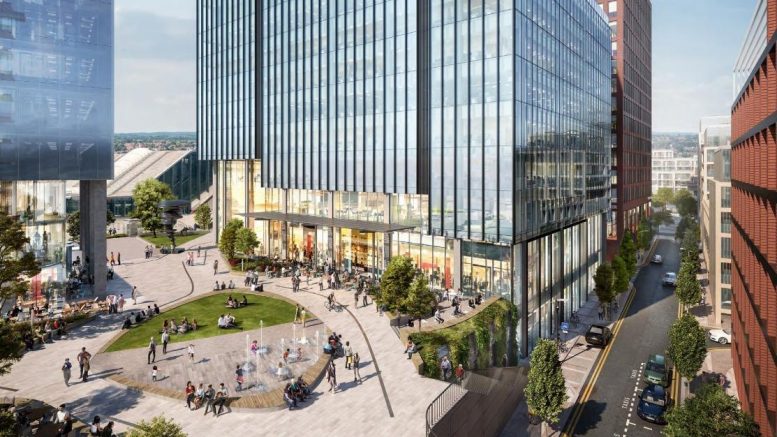 The next phase of a huge development in the town centre could be approved next week.

Plans for phase two of the Station Hill development in Reading will be voted on by the council’s Planning Applications committee on Wednesday, January 13.

The plans include the demolition of the Garrard Street Car Park and the creation of a 18-storey office building in its place.

READ MORE: Reading West Station overhaul could be approved next week – here is what is planned

There also plans for new public space, including a podium deck, square and pocket park, as well as a bridge across Garrard Street.

Councillors will also vote on whether to give outline permission for phase three of the Station Hill project.

Permission is being sought for a ‘flexible’ mixed use scheme, which would not exceed 128,000 sqm, and could include 750 homes, a hotel and retail units.

At next week’s meeting, the committee will only vote on whether to allow this amount of development.

Phase one, which was approved in July 2019, has not yet begun and the developer submitted plans in November 2020 to add more homes to part one of the project.

The approved plans were for two new 12-storey buildings with a total of 538 build-to-rent homes, but developer now wants to increase this to 599.

Once complete, Lincoln MGT says the full Station Hill development will include: