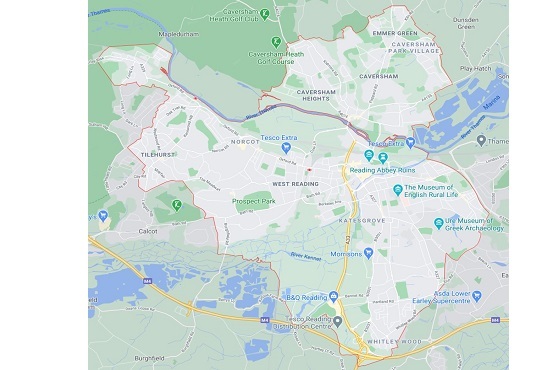 Eight people from Reading have been arrested on suspicion of murder as a Section 60 order has been extended in the town.

This is in connection with the death of a 26-year-old man in Dulnan Close, Tilehurst, on Saturday, February 6, where the victim died of multiple injuries.

Following the death at the weekend, a murder investigation was launched, and a Section 60 order was put in place, with TVP confirming on Wednesday, February 10, that the order will be extended for a further 24 hours.

The police have also confirmed that a 16-year-old boy, who is also from Reading, has been charged with one count of murder and one count of Section 18 grievous bodily harm.

He appeared at Reading Magistrates’ Court this morning [February 10], and was remanded in custody to appear at Reading Crown Court at a later date.

Of the seven other suspects, four men, two aged 25, one aged 22 and another aged 21 have now been released on conditional bail, while a 16-year-old boy, 17-year-old boy and 23-year-old man all remain in police custody at this time.

This order, which is reviewed each day, has now been further extended for another period of 24 hours until 9pm on Thursday, February 11, whereupon it will be further reviewed with an additional extension possible.

Superintendent Nick John, Reading Local Policing Area Commander, said: “I have taken the decision to extend the Section 60 order further while we continue to investigate this tragic incident.

“We continue to have a large number of officers and staff deployed to the investigation and a number of high visibility patrols in Reading.

“The order is something that has been reviewed each day since Saturday and I have approved an extension for a further 24 hours this evening until 9pm tomorrow evening, where this will be reviewed again.

“While this order is in place, police have extra powers to help prevent further serious violence.

“We have now stopped and searched 88 individuals since the order was put in place, and as a result of these searches, weapons, including sharply-bladed articles, knuckledusters and a ball bearing gun have been seized.

“We have also located and seized class A and B drugs as a result of these searches and a number of arrests have been made and offenders are being dealt with accordingly.

The crime happened on Dulnan Close in Reading

“Our finds have clearly justified the use of our Section 60 powers, and the order will remain in place until a time we feel it is proportionate to lift this.

“As I have stated previously, it is understandable that the incident on Saturday caused concern in the local community.

“I would like to re-iterate to members of the public that this order is in place to prevent any re-occurrence of such incidents.

READ MORE: REVEALED: The most reported crime in Caversham in December

“The order allows officers to stop and search anybody within the Reading Borough while it is activated, with or without reasonable grounds to do so.

“I know that it can be disconcerting to be stopped by an officer, but please do not worry, as this does not mean that you are in trouble.

“Our officers will be happy to explain the procedure to you and address any concerns that you have, and also offer you advice and further reassurance.”

The order applies to the whole Local Policing Area of Reading as outlined in the map provided.

The order temporarily allows police officers greater powers to stop and search in a defined location when it is believed there is a likelihood that serious violence will take place.