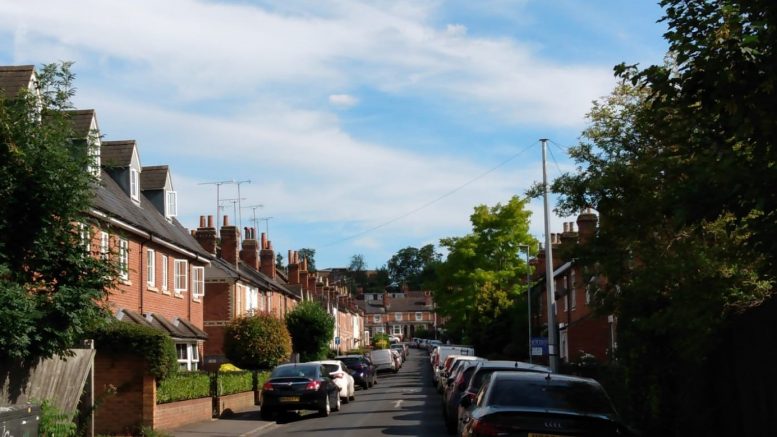 The council is looking into using a smaller bin lorry to collect bins in narrow streets in Reading where larger trucks may be obstructed by parked cars.

The issue of bin lorries struggling to traverse narrow streets has been ongoing, and was raised by councillor David McElroy (Green, Redlands) at a council meeting earlier this year.

Parked cars causing difficulties for bin lorries is an issue that is particularly stark in East Reading on streets located off Erleigh Road.

READ MORE: Push for smaller bin lorries in Reading as drivers struggle to get through narrow streets

The trial has been welcomed by cllr Will Cross of the Labour party, who represents the Redlands area.

In a letter to residents, cllr Cross (Labour, Redlands) wrote: “As you know, there have been long-running issues with bin lorries being unable to collect refuse and recycling on narrow streets, when cars have been parked in such a way as to prevent access.

“Having lived on Cardigan Road, I’m very aware of the difficulty that these missed collections have been causing to residents.

“I have been working closely with cllr Karen Rowland (Labour, Abbey), lead councillor for environmental services, and have been strongly pushing for the council to take action on this.

“I am therefore pleased to let you know that one of the options that we are looking at is the trialling of an ultra-narrow bin lorry in local streets, including Hatherley Road, Donnington Gardens, Foxhill Road, Cardigan Road and Cardigan Gardens.”

It is understood the smaller bin lorry has also been used down narrow streets in the town centre, West Reading and Caversham as well.

Not every narrow street in the borough has been included in the trial, but those streets which have been included are ‘exemplars’ of the problem.

The trial began on Thursday, June 30 and will last for two weeks.

However, there are concerns about whether the smaller bin lorry is cost effective, and therefore, the council is looking into whether there can be any suitable alternative uses.

Cllr Cross explained: “Because the number of narrow streets is low, there would not be enough refuse collection work to keep the vehicle occupied all week.

“It would clearly not be cost-effective for it to remain idle for part of the week, so during this trial, the council will be looking at whether other uses can be found for the vehicle, such as general street-cleansing.”

The trial will undergo assessment to determine the value of introducing a smaller bin lorry which will be considered later this year.