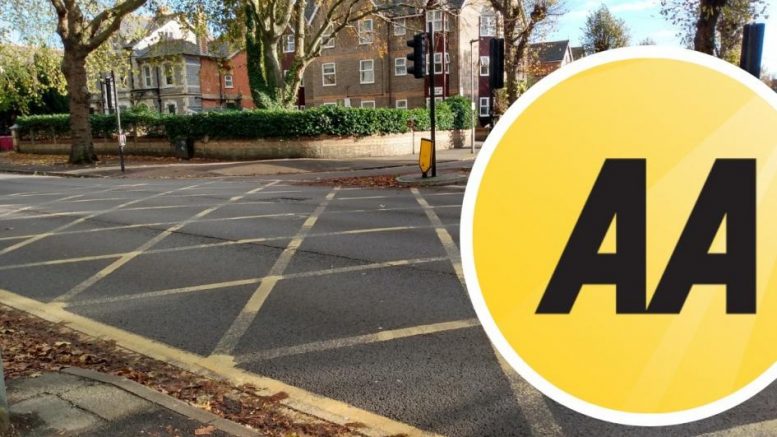 A leading driving association has objected to a move in Reading to fine drivers who illegally stop their vehicles in yellow box junctions.

Earlier this year, Reading Borough Council announced its aim to prosecute those who stop in the yellow boxes, and made a request to the Department of Transport to conduct such enforcement.

The Department of Transport has subsequently granted the council’s request, giving it the power to prosecute moving traffic offences such as stopping in yellow boxes, which previously on London Boroughs were allowed to prosecute.

However, The AA has objected to Reading council’s proposed policy, raising fears drivers could be fined unnecessarily.

In a response to a council, the driving association states: “The AA can see the need to enforce yellow box junctions to maintain traffic efficiency, improve journey times and cut emissions.

“However, the experience of yellow box junction enforcement in London and the feedback from traffic tribunal adjudicators there is the main foundation of the AA’s objection.

READ MORE: Reading move to punish drivers in yellow boxes to be decided

“Firstly, too often the enforcement operation doesn’t understand the rules of yellow box junctions and fines drivers without just cause.

“For instance, stopping in a yellow box junction to turn right but being prevented by oncoming traffic is not an offence.

“In particular from the Reading perspective, some of the box junctions are bordered by pedestrian crossings.

“That means a driver may be stopped in the yellow box by traffic lights turning red to allow pedestrians to cross the road.

“The driver does not commit an offence because the exit beyond the box is clear when first entering it.

“There is also the road safety implication of a driver, fearing a yellow box fine, jumping the crossing lights to avoid it and potentially endangering pedestrians.”

The AA also claimed councils have little incentive to rectify issues with roads as the majority of drivers swiftly pay fines, even though they may be in the right.

Secondly, The AA argued fine appeals are not properly monitored, meaning that road layout flaws may go unidentified and unacted upon.

The objection states: “Appeals against fines, when successful, usually remain known only to the complainants.

“Without tracking of successful appeals that may highlight enforcement flaws or defects in the road layout, there is very little pressure on councils to rectify those failings.”

The AA did acknowledge some tracking of successful appeals could be found on the London Tribunals website, with association calling  for Reading Borough Council to annually publish the numbers of fines and warning issued at yellow box junctions to ‘keep enforcement honest’.

Tony Page (Labour, Abbey) lead councillor for transport stated fine data is regularly in the council’s parking services annual report and that the highways team is ‘fully trained on enforcement’.

Furthermore, for the first six months of enforcement, warnings will be issued rather than fines so drivers know to avoid stopping in yellow box junctions in the future.

You can read cllr Page’s arguments in full here.

The implementation of fines will be decided at a council strategic environment, planning and transport committee on Wednesday, November 16.