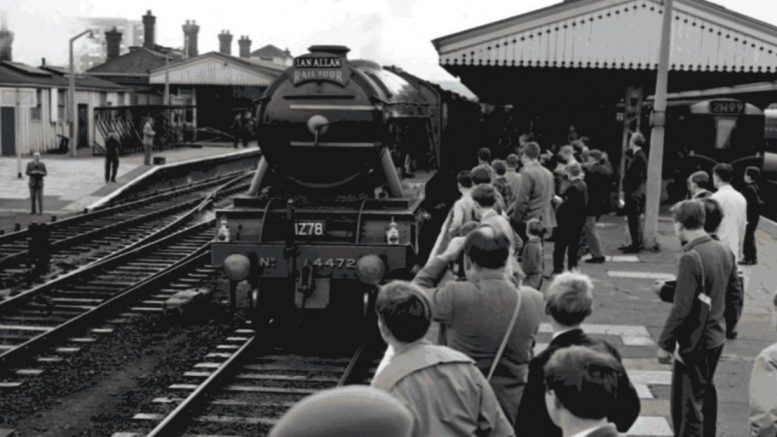 Ahead of Green Park Station opening up for passengers later this year, it may be poignant to reflect on the remarkable development of Reading’s train stations.

Reading Borough Council’s work on Green Park Station is near completion, with the expectation that the Great Western Railway will run trains to and from it by the end of the year.

Once it is open, it will be the eighth train station in the Reading urban area, a remarkable amount.

The history of train stations in Reading was a subject of an exhibition marking the 175th anniversary of the Great Western Railway at Reading Museum in 2016.

The Local Democracy Reporting Service is retelling this history in anticipation for Green Park Station’s opening.

The area’s train heritage dates back to the 1800s.

Unsurprisingly, Reading train station is the oldest of the seven existing stations, which opened in 1840.

Material published at the exhibition read:  “The sun shone brightly on the morning of Monday 30 March 1840 and people flocked into town to witness the very first train set off for Paddington at 6am, pulled by an engine named Firefly.

“From their vantage point on Forbury Hill crowds of onlookers saw a total of seventeen trains arrive and depart throughout the rest of the day.”

The journeys were quite a bit slower than the quick 25 minute trains to Paddington: the fastest journey to London was recorded at one hour and five minutes.

But the services proved a roaring success.

By June 1840, Reading diarist John Treacher had listed by name a total of 12 engines that he had seen running on Reading’s railway.

It’s not known whether that makes Reading the birthplace of trainspotting, but it soon became popular.

Oddly enough, Theale has the second oldest station in the Reading urban area, with its station opening in 1847, which would serve as a stop off for the Berkshire & Hants Line between Reading and Hungerford.

A station was then built eastwards, in Earley, in 1863, along the South Western Railway between London Waterloo and Reading.

Stations to the west followed.

The exhibition material states: “With the population of Reading expanding, the Great Western Railway opened a new station at Tilehurst in 1882 and in July 1906 a further interchange station on the Berks & Hants line was added at Reading West.”

The stations for Theale, Earley, Tilehurst and Winnersh were opened when these places were separate from Reading, which would develop into the sprawling urban area it is now.

Indeed, Winnersh station wasn’t even called that when it was built in 1910.

It was previously called ‘Sindlesham and Hurst Halt’ to serve those two villages, and was in open countryside.

The station’s presence served as a stimulus for people to move to the area.

Twenty years later, it was renamed ‘Winnersh Halt’ in 1930, and shortened by British Railways to just Winnersh in 1969.

The most recent station to be built to date is Winnersh Triangle, opened in 1986, and is located slightly closer to Reading at its eponymous business park.

The station is useful for those using the business park and nearby residents, and sits on the South Western Railway line to London Waterloo.

Once work on building Green Park Station is complete, a commissioning process will begin to make sure it fits into national standards, with hopes for it to open for passengers use by the end of the year.

The campaign to save Reading prison from redevelopment and turn it into an arts hub has received a second wind as activists are pushing for thousands more to sign a petition. Reading Chronicle | Town Centre …

A historic house in Reading that has connections to a local church could be up for an extensive renovation if plans are approved. Reading Chronicle | Town Centre …

A housing developer in Reading is moving ahead with its plans to build 974 homes across two developments in the town. Reading Chronicle | Town Centre …

A new restaurant is set to takeover a unit in a Reading mall that’s been vacant for six years. Reading Chronicle | Town Centre …

Ahead of Green Park Station opening up for passengers later this year, the Local Democracy Reporting Service has catalogued the remarkable development of train stations in Reading Chronicle | Town Centre …