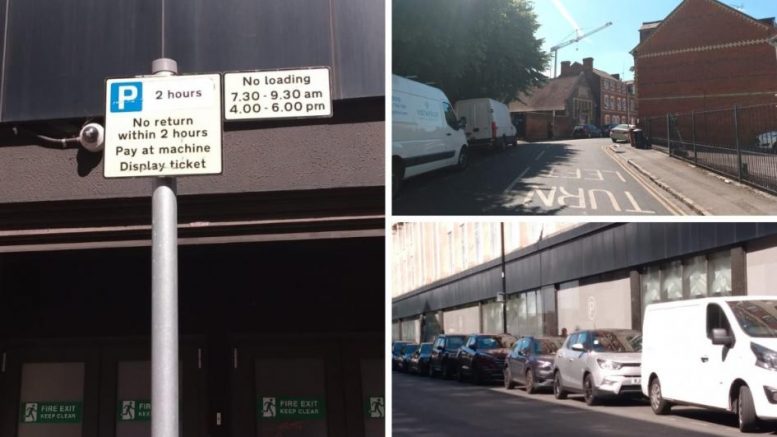 The top 10 roads in Reading where drivers have been hit with parking fines has been revealed.

Every year, Reading Borough Council releases figures for how many parking fines were issued over 12 months as part of its annual parking services report.

The latest report covers the April 2021-April 2022 financial year, with statistics showing a soar in the amount of fines issued compared to 2020/21 – at the peak of the pandemic.

The fines are issued via penalty charge notices (PCNs) which cost £70 or £50 depending on the seriousness of the breach, and can be paid at a discount of £35 or £25 within 14 days of issue.

READ MORE: The Reading bus lanes responsible for the most fines

Statistics show 2,470 of PCNs were cancelled after a formal or informal appeal, and 2,725 were written off for other reasons.

The council’s parking services team also revealed where each parking fine was issued, with the majority of fines being dished out in town centre roads.

A whopping 8,219 fines were issued in Oxford Road, with over 5,000 fines being issued in Friar Street, Sackville Street, Vachel Road and Zinzan Street – all of which are located in the town centre.

Despite the number of fines paid, the council still spent more funds enforcing parking rules then it made in income.

However, that’s substantially less than the amount spent on enforcing parking rules during the pandemic, when the council ending up with a surplus cost of £1.100 million.

The statistics were published and presented to councillors at a meeting of the traffic management committee on Thursday, January 12.

Tony Page (Labour, Abbey) lead councillor for transport, said he looked forward to when moving traffic enforcement such as fines for stopping in yellow box junctions and speeding fines would be included in the annual report.

He said: “These reports contain a huge amount of detail broken down to every street in the borough.

“Not every street in the borough has had the benefit of a parking ticket being served but many have, and they testify to the level of enforcement that we bring to our parking schemes and restrictions.

READ MORE: LISTED: the 15 Reading road junctions where drivers will now be fined

READ MORE: How many times the council’s parking enforcement car has caught drivers out in Reading

“Besides the moving traffic offences which we lobbied long and hard for and eventually got, and will be included in next year’s report, I look forward to the day this similar report will also include details of speed enforcement offences as well.”

Cllr Page also stressed that the council is required to follow an appeal process which it is required by law in the Traffic Management Act 2004.