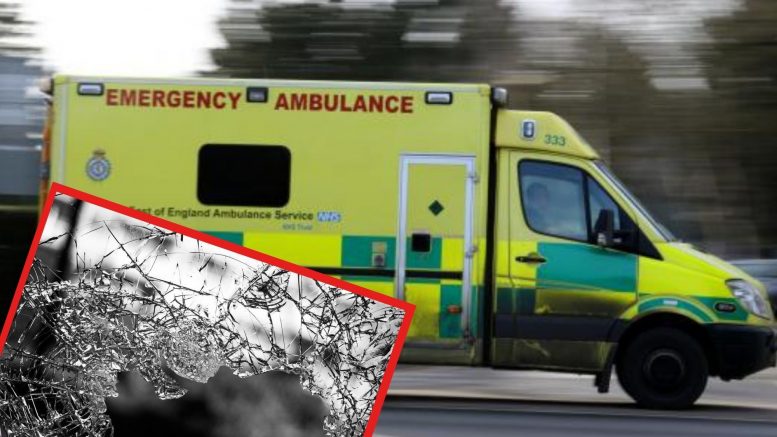 HERO paramedics have had their belongings stolen after heartless thieves broke into an ambulance in Reading.

The medics were on an emergency call out when it happened and had parked outside while treating a patient at home in Cambridge Street.

Vandals took the opportunity to smash through the front side window of the ambulance and snatched what was inside.

Crew members return to their vehicle, having successfully cared for the patient luckily allowing them to remain at home, and discovered the cab had been raided.

SCAS spokesman David Gallagher said: “We are appalled that someone would smash the window of an ambulance and steal the personal belongings of the crew whilst they were inside their patient’s home assessing and treating them.”

He added: “As well as the distress this has caused the ambulance crew, this senseless act could have also put lives at risk as we lost the services of an ambulance that we had expected to be able to provide emergency medical cover throughout the night in Reading and the surrounding area.”

Mr Gallagher said the ambulance, for the crew from a private provider working with SCAS last night, had only clocked on at 8pm ready for the night shift.

But after the devastating discovery of the break in to their ambulance, the vehicle was out of action for the rest of the night.

It is believed the theft happened sometime between 9.10pm and 10.18pm.

ALSO READ: Will it be wind, rain, or snow for Christmas? Met Office weather warning latest

A Facebook post on the incident claimed two rucksacks were stolen (one grey, one black) containing a torch, food, respirator masks, a phone charger, and deodorant. As well as a small pouch containing medical equipment such as a stethoscope, thermometer, and oxygen probe. This has not been confirmed by police or SCAS.

Thames Valley Police confirmed it is investigating the break-in and is calling on anyone with information to get in touch.

No arrest have been made.