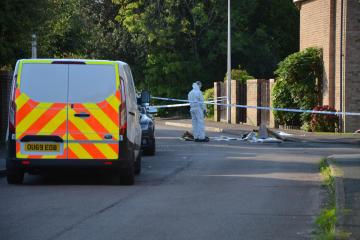 A 15-year-old has appeared in court after a double stabbing in Tilehurst.

The teenager, who cannot be named for legal reasons, appeared at Reading Crown Court today charged with attempted murder.

ALSO READ: ‘Do not approach’: These are the 22 most wanted criminals in the UK right now

It comes after two 16-year-olds were attacked in a double stabbing in Lucey Close, Tilehurst, on Saturday, September 12.

During today’s hearing the case was listed for trial on March 15, and is expected to last for up to two weeks.

The teenager is charged with attempted murder, grievous bodily harm and possession of an offensive weapon.