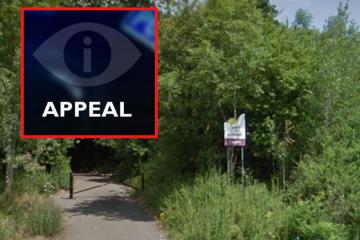 A MAN on a mobility scooter was was knocked unconscious and left with a broken jaw in an attack while sat at a park with a friend.

At around 5.45pm on Saturday, July 11, the victim – a man in his thirties, was sat with a friend in McIlroy Park in Tilehurst when they were approached by three unknown men.

READ MORE: Greggs to DELIVER to homes in Reading

The first man tried to get the victim to stand up from his mobility scooter and punched him several times with a small blade tucked between his fingers.

The victim was knocked unconscious during the assault and suffered a black eye, a broken jaw, bruising to his body and a deep laceration under his eye. He required hospital treatment but has since been discharged.

A gold necklace and around £60 in cash were taken from the victim.

The offenders also attempted to steal his mobility scooter.

The main offender is described as an Asian man, aged in his thirties, and around 5ft 8ins tall.

He was clean shaven, had a stocky build, and was wearing a blue top and navy tracksuit bottoms.

The second offender is also described as an Asian man, aged in his thirties, and 5ft 11ins tall.

He was wearing blue shorts and a white top, was clean shaven and of a slim build.

The third offender is described as an Asian man in his thirties, and 5ft 11ins tall.

He was wearing black shorts and a white top, was clean shaven and of a slim build.

Investigating officer Detective Inspector Richard Jarvis, based at Reading police station, said: “This was a frightening experience for the victim, who is still experiencing difficulties with his vision following the incident.

“If you recognise the descriptions of these men, or have any other information about this incident, please get in touch.

“You can contact us using our online reporting form, quoting reference number 43200212472. If you cannot report online, call the non-emergency number 101.