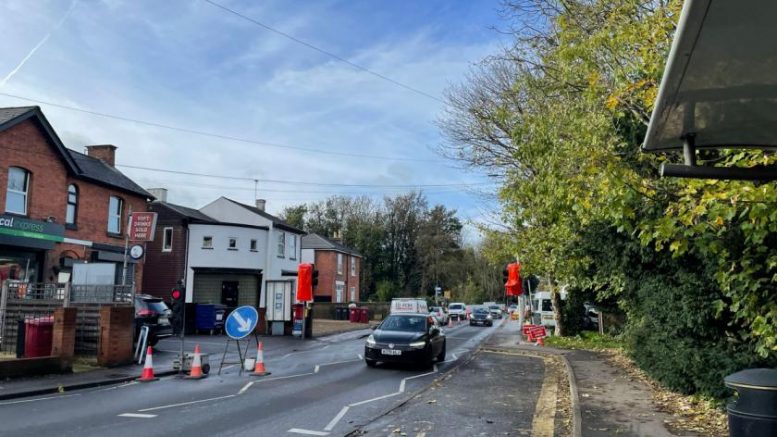 Traffic lights on a busy road in Reading will be in place longer than expected due to delays to works caused by heavy rainfall.

Two way traffic lights have been in place on the road bridge over the railway in Tilehurst Road since September 26.

The lights are in place so that construction crews can work on improvements to the pedestrian access to Reading West station at Tilehurst Road as part of an upgrade project.

The work was meant to be completed on Monday, November 14.

However, there has been a delay due to heavy rainfall and drainage complications.

Councillors were informed of the delay at a strategic environment, planning and transport committee meeting on Wednesday, November 26.

Councillor James Moore (Liberal Democrats, Tilehurst) questioned who’s responsibility it is for informing the public of the delays – the council or the Great Western Railway, which has contracted the work.

Cllr Moore said: “It does still say that it should be done, and people are saying what’s going on?”

Chris Maddocks, the council’s strategic transport manager, replied that it is the responsibility of GWR.

However, a council leaflet on a lamppost still declares that the work would be completed on November 14.

Mr Maddocks said the the rainfall and complications mean the traffic lights will stay there for three to four weeks, with the hope the work will be complete in mid December.

The work involves improving access and establishing a new ticket gate-line at the Tilehurst Road entrance to limit access to the station to paying customers only.

The Great Western Railway has been contacted for more information.