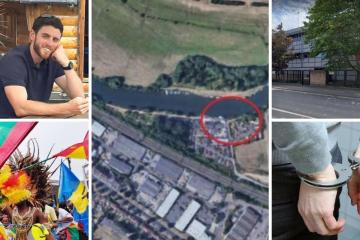 WE have rounded up some of this week’s most read stories, just in case you missed them.

1. REVEALED: This was Reading’s most frequent CRIME of the last month

What is Reading’s MOST COMMON crime?

Using the latest police statistics, The Chronicle can reveal Reading’s most common recent crime – the one which has shown up the most when analysing latest month available (May 2020).

A jury has retired to consider verdicts in the retrial of three teenagers accused of murdering PC Andrew Harper.

The 28-year-old officer had been attempting to apprehend quad bike thieves in West Berkshire when he was killed on the night of August 15 last year.

Affordable housing has been axed from a huge development to replace Reading’s former Royal Mail depot.

Developer Hermes Property Unit has revised its application at 80 Caversham Road site to reduce the number of homes planned from 658 to 620 but none will now be available at affordable rates.

A man has been identified after a body was found in the River Thames four weeks ago.

Junaed Amin, from Reading, was identified as the man who was pulled from the river last month, an inquest heard on Wednesday (July 22).

A decision on the future of Reading Carnival has been delayed until September.

Reading Community Carnival’s future is under threat due to “extreme concerns” from the police about the safety of the event.

The council’s licensing committee met on Thursday (July 23) to decide on the carnival’s future but the hearing was delayed due until September 10 as the licence holder requested more time to collect information and get time off work to attend.