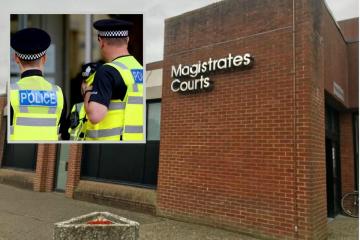 A TEENAGER is appearing in court today after being charged with GBH and possession of an offensive weapon following Saturday’s stabbing.

The 17-year-old boy, from Reading, who cannot be named for legal reasons, was arrested on Sunday and has subsequently been charged yesterday (September 21).

The charges are in connection with an incident which occurred in Coley Avenue on Saturday, during which a 44-year-old man sustained stab wounds.

The boy will appear at Reading Magistrates’ Court today, (September 22).