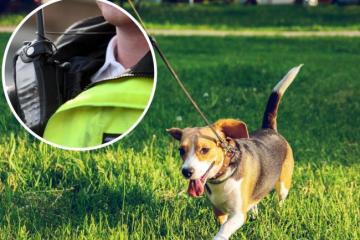 DOG owners are warning others in Reading to be careful when out walking dogs after a string of suspicious behaviour and stolen dogs have been reported in Berkshire.

Following recent reports of missing dogs across the county, and several reports of ‘strange’ behaviour around Bracknell and Reading, many locals have taken to social media groups to warn people to be vigilant.

Reports include some recent incidents in Bracknell, where residents have said groups of people have arrived at popular dog walking spots with cages in vans, dispersing in different directions and attempting to get the attention of dogs nearby.

A resident of Reading recently warned dog owners on social media of similar incidents, stating: “Look out for a white van – seen locally – men with leads and whistles trying to steal dogs!

“Be alert and report to police.”

It follows a series of similar stories circulating on social media, as well as reports of dogs being taken.

A heartbroken owner recently appealed to the public after her dog went missing from Three Mile Cross.

Just two weeks ago, another devastated dog owner appealed for help to find black German Shepherd Wolfie, who is thought to have been stolen from Twyford

Speaking about the suspicious behaviour in Bracknell, Thames Valley Police said last week: “We did receive a report of some suspicious circumstances in Cabbage Hill, Bracknell on Monday at about 7.20pm.

“An officer will look into the incident to try to establish if any crime has been committed.”

People have also been using social media to share tips on keeping dogs safe, including: