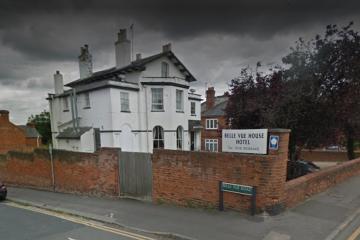 This week’s roundup of the most interesting planning decisions made by Reading Borough Council (RBC) in the last week includes a huge shared house and expansions at a series of villas called Henry and Charlotte.

Plans to turn a grade II listed hotel in west Reading into a huge 18-bed shared house has been refused.

The owner of Belle Vue House, at 2 Tilehurst Road, had applied to change the use of the 18-bed three-star hotel into a house in multiple occupation (HM) for at least 18 people.

Reading Civic Society called the plans “lazy, cheap and nasty”, and the council’s planning team decided to reject the proposal this week.

The property has been used as a hotel since 1993, but an increase in hotels in Reading has led to a “considerable decline” in customers and made it “commercially un-viable”, according to the owner.

Owner Sucha Singh wanted to turn the hotel into a HMO, a shared house with communal spaces such as a kitchen and living room.

But the plans failed to provide a suitable kitchen, living room and garden, with gravel surrounding the property.

Reading Civic Society said: “It is totally ridiculous and should be roundly rejected by the planning applications committee.

“Miniscule kitchen for 18 people & ditto the lounge. Even before Covid-19 it was bonkers.”

“No proposal to provide a suitable outside leisure space – all around the property front to back is gravel.

Neighbours had also raised concerns about extra noise and the impact on parking.

Mr Singh wanted to provide just one living room for the 18 residents, while the number of people who could live in each room was not specified.

Evelyn Williams, from the Reading Conversation Area Advisory Committee, said a smaller HMO could work but the building could “comfortably accommodate no more than 10 households”.

She said a proper garden is necessary for plans to be approved and this would enhance the conservation area.

Belle Vue was built in 1839 as a private villa and is part of the Russell Street and Castle Hill Conservation Area.

A ‘dilapidated’ motorcycle workshop will be transformed into a two-bed house, after plans were approved this week.

The former motorcycle workshop, at 36A Hatherley Road in east Reading, will be altered and refurbished to turn it into a home.

A “fine” series of buildings containing six flats in Caversham will be extended and transformed into nine flats, after plans to extend the building by two storeys and add extra flats were approved by officers.

There are currently four one-bed flats and two two-bed flats at the row of terraced dwellings from 106 to 116 on Westfield Road, known as the Henry and Charlotte Villas.

The changes will add two extra one-bed flats and one additional two-bed flat, including two flats in the loft.

Helen Lambert, chair of the Caversham and District Residents Association, said: “Considerable extensions have already been made to this interesting building and we believe the proposed application to be over development and out of character.”

One neighbour also objected to the plans, raising concerns about loss of privacy, increased use of cars, an increase in noise and impact on wildlife in the area, such as bats and rare birds.

But another neighbour praised the plans, calling the proposal “delightful”.

He added: “I’m glad the street elevation will remain relatively unchanged. The design of the rear is particularly uplifting and will be a big improvement.

“The hierarchy of spaces is very well designed. There will be no loss of light to us at 104 and I do not have any concerns about overbearing or overlooking.”