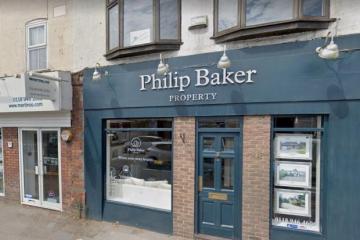 Here is our weekly roundup of the most interesting planning decisions approved or rejected in Reading.

This week is a Caversham special, with all the decisions coming from the north of the river.

Dinky Kitchen’s plans to open a café in Caversham were approved this week.

The owners applied on April 23 to change the building at 18 Bridge Street, which was most recently estate agents Philip Baker, into a cafe.

They will sell hot and cold food including sandwiches, baguettes, crisps, cake and drinks to eat in and takeaway from the 18 Bridge Street site.

Dinky Kitchen have been running sandwich vans which operate daily within the Reading area, and also have catering trailers which attend shows, festivals and events.

The owners said: “We believe the shop is in a great location and within a busy pedestrian area.”

Plans to turn three houses in Caversham into six flats have been refused by the council.

Officers rejected the plans on Mill Road, concluding that the houses are not of a suitable size to be converted into self-contained flats and the extensions would be detrimental to the street scene and neighbour’s right to light.

Plans to turn a bungalow in Caversham into a two-storey home have been approved, despite a neighbour’s concerns the first-floor roof windows would directly overlook five other properties.

The neighbour had said the approved plan on Chiltern Road would result in loss of privacy, overlooking and visual dominance for neighbours at Chiltern Heights.