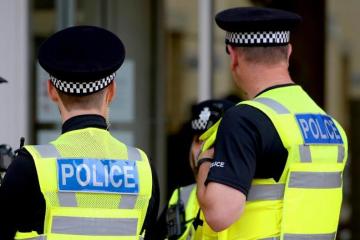 TWO specific people are being traced by police as part of an attempted murder probe.

Officers investigating a stabbing in Reading last week – which saw a 44-year-old man chased and stabbed several times in Coley Avenue – are asking for the assistance of any potential witnesses or people who may have footage capturing the incident.

The victim has been left with “serious injuries” following the attack, which happened between 7.30pm and 7.40pm on Saturday (September 19).

Three males were reported to have been chasing the victim before attacking him.

He remains in hospital in a serious but stable condition.

One 18-year-old man has been charged and remanded in connection with this investigation.

Investigating officer detective sergeant James Jackson, of Reading CID, said: “We are continuing our investigation following this serious incident, and I am appealing to anybody who has not yet been in touch with police who believe that they witnessed this incident to please do so.

“We are particularly keen to hear from anybody who may have been driving in the area and has dash-cam in their vehicles to please check this and contact police if it has captured anything that can assist this investigation.

“There are two people that we are particularly keen to trace.

“The first is described as a mixed-race male, aged around 18-years-old, with a slim build and long afro-style hair.

“The second is described as a black male, short in height with a slim build and also has short afro hair.

“If anybody recognises the description of either of these people or has further information regarding this incident, please do get in touch.

“As well as dash-cam footage, if there is anybody in the area of Coley Avenue who has CCTV, please check this and again contact us if it has picked up anything that could help this investigation.

“You can do so by calling the 24-hour non-emergency number, quoting reference number 43200294897 or make a report online.

The 18-year-old from Reading – who has been charged with Section 18 grievous bodily harm with intent and possession of an offensive weapon – is due appear at Reading Crown Court on October 26.