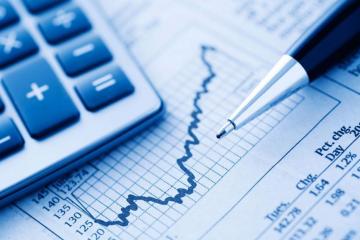 The council has confirmed its 2017/18 accounts, which were supposed to have been fully audited in 2018, should be signed off by the end of this month.

But EY auditor Maria Grindley, speaking at the council’s Audit & Governance committee on Monday (October 12), said that – like the previous year – a qualified opinion will be given the 2017/18 accounts and one area remains “adverse”.

EY has given an overall qualified opinion due to issues in four areas (debtors, creditors, income and expenditure and pensions).

A qualified opinion means the auditor is unable to give an unqualified, or clean, audit opinion but can sign off the accounts

It has also given an adverse opinion in one area (value for money), which means the company’s financial statements do not accurately reflect its financial performance and health in this area.

‘Value for money’ looks at whether economy, effectiveness and efficiency has been achieved in the use of public funds.

Ms Grindley said the council had managed to improve its accounting in several of these areas.

While the four qualifications and the adverse opinion remain, within these areas there are less issues than in the 2016/17 accounts.

Ms Grindley has challenged the council to continue to make improvements so there are less isses in the next two accounts.

She also said the pension-related issue is not down to the council but as a result of external issues.

Reacting positively to the latest accounts evaluation, councillor David Stevens, chairman of the Audit & Governance committee, said: “I can see the light now, which I think is re-assuring.”

Accounts are a summary of an organisation’s financial activity over a 12-month period.

They should be accurate and transparent financial information which gives a true and fair view of the council’s economic performance and financial stability.

They are audited to make sure they meet this criteria and accounts should be published in September each year.

But due to historic failures by the council to meet good accounting standards, Reading Borough Council’s (RBC) it took an extra two years for the 2016/17 accounts to be signed off.

This has also delayed the accounts for the following years, while the accounts have had to be qualified due to lingering issues in some areas.

The draft 2018/19 accounts have been handed over to EY in mid-February this year, with audit work now underway.

Meanwhile, the draft 2019/20 accounts are expected to be handed over by “the end of October at the latest”.

How much has solving the accounting failures cost the council?

The council has not yet received EY’s final audit fee for the audit of the council’s 2017/18 accounts but EY indicated in May the fee is likely to be at least £400,000 above the normal amount due to the additional work involved.

This means the council has spent at least an extra £1 million on top of the usual fee to get the 2016/17 and 2017/18 accounts published, while another premium fee could follow for the 2018/19 accounts.