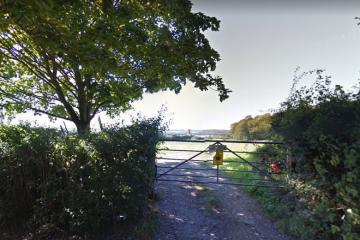 DOG owners in Reading have been warned to ‘stay vigilant’ following reports that two men attempted to take a dog from a field in Tilehurst last week.

A woman explained on Facebook that she had been with her dogs at Sulham, just off Pincents Hill in Tilehurst on Friday (October 9) when a man grabbed her dog through a fence.

She said: “Kobee [her dog] started crying and Bella started barking so they didn’t get him.

“They still stood there as I approached.”

She described the two men, claiming that one was around 6ft, black, with large build and wearing a black tracksuit.

She said other man was white, of a slim build, and had been wearing a grey tracksuit with hood up.

They had a large grey staffy type dog, as well as three smaller dogs – one was a Jack Russell.

This follows a series of reported thefts and attempted thefts of dogs in Berkshire in the last few months.

Last month, a video captured the heartwarming moment stolen dog Wolfie was reunited with his owner after police involvement in the search.