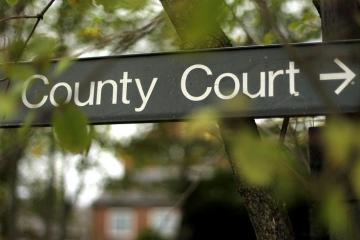 MORE than a dozen property repossession claims were lodged at Reading’s county court by landlords or mortgage lenders during the coronavirus lockdown despite the evictions ban, figures show.

Housing campaigners ACORN called for the ban on new evictions from social and private housing to be extended beyond September 20, warning thousands across England and Wales will be at risk of homelessness when it is lifted.

Though bailiff and eviction activities were paused as part of the ban, claimants have still been able to lodge property possession claims ahead of court eviction cases resuming.

Ministry of Justice data shows 14 claims were submitted to the Reading County Court between April and June.

All claims were from private and social landlords, with none from mortgage lenders.

There were significantly fewer claims made this year than during the same period in 2019, when there were 371.

This reflected the trend across England and Wales, where the number of possession claims made between April and June fell to 3,183 – a drop of 90 per cent.

Campaign group ACORN is calling on the Government to urgently extend protections for all, including those behind on their mortgage payments.

Tom Renhard, ACORN national chair, said: “One person at risk of homelessness is still one too many and the latest figures show thousands of people at risk.

“This is likely to spike as the furlough scheme comes to an end and many more people may struggle to pay their bills.

“We are in the middle of a public health emergency and people being made homeless could increase the risk of Covid-19 cases.”

Landlords in England must also give tenants six months’ notice before they evict them, a new protection which will last until March 2021.

But tenants involved in the most serious cases, such as anti-social behaviour or those with over six months’ accumulated rent arrears, can be given just four weeks’ notice.

Homeless charity Crisis said the figures confirm banning evictions and extending the notice period was the right thing to do.

Jon Sparkes, Crisis chief executive, said: “As jobs cuts are coming in thick and fast, we know that tens of thousands of people may struggle to find somewhere cheaper to live even with six months’ notice.

“The government still has time to intervene and protect people from being swept into homelessness. We urgently need renters who are struggling to afford their rent and in arrears given financial support from Government.”

Total county court claims across England and Wales between April and June fell by 75% year-on-year to 118,000, which the MoJ said was linked to measures taken to reduce the spread of Covid-19.

A Ministry of Housing, Communities and Local Government spokeswoman said: “We’ve taken unprecedented action to support renters, preventing people getting into financial hardship and helping businesses to pay salaries – meaning no tenants have been forced from their home.

“These measures strike a fair balance – supporting landlords to act in the most serious cases while keeping the public safe.”