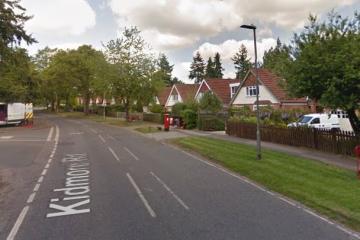 THE most and least deprived neighbourhoods in the town have been revealed as part of a new study.

With access to jobs, education and housing, risk of early death and exposure to crime all shifting wildly over a matter of miles, we have filtered the search to reveal just which areas are at each end of the spectrum.

Parts of Caversham Heights were among the most deprived areas

Data from the Indices of Deprivation 2019 shows that most of the RG4 Caversham area is among the most deprived, with limited access to housing and services.

The five most deprived areas in and around Reading were located within Caversham, Whitley, Coley, Katesgrove and Newbury.

The area of Kidmore Road to Delwood Park was found to be the most deprived part of the town.

Whitley Wood Lane had the worst area for employment rates, while The Meadway in Tilehurst had the lowest income in the area.

Norcot was among the least deprived areas

However, the study made good reading for people living in The RG2 area of Tilehurst, parts of Norcot in Tilehurst, the RG1 7 area of the town and Brockley Close, Tilehurst.

According to the government data, if you’re living in Watlington Street, you’ll have great access to education, good employment and better health, with the least deprived streets also including London Road, Norwood Road and Orts Road.

Data is matched to thousands of postcodes within Reading, so different categories of deprivation vary widely, with some areas being behind in employment ratings but averaging in other areas.

For more details, visit the English indices of deprivation 2019.