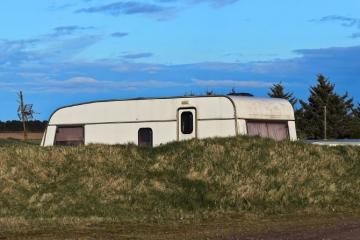 TRAVELLERS have set up an encampment in Caversham.

Caravans have been spotted on Hill Meadow carpark, and Reading Borough Council (RBC) has since confirmed that a legal process has begun.

A spokesman from RBC said: “This encampment made its way onto Hills Meadow early yesterday morning (October 8).

“The legal process for eviction has begun and we would ask people to report any antisocial behaviour to police on the usual 101 number.”

It comes as an illegal encampment was evicted just last month (September 11) from the Thameside Promenade area.

RBC was eventually granted permission by Slough Magistrates Court to use section 78 powers to evict the encampment.

The travellers had taken over the space for “a number of weeks”, with some reporting it had been there for several months.